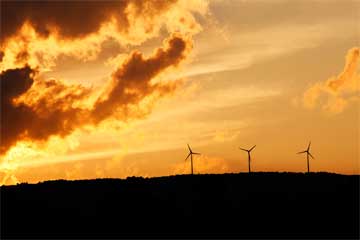 Sound and the Weather

Weather conditions can also make sound travel farther or shorter distances—but not for the reason you think. A strong wind won’t carry a sound wave along faster or push it backward like it would a material object. After all, the speed of sound is far faster than the speed of the wind!

However, wind shear—when the direction that air is traveling changes suddenly from one part of the atmosphere to another—can affect how sound travels. Sound typically bends upward as it travels out, but with an appropriate wind shear, it will reflect downward again, like a stone skipping on a pond—causing someone farther away to be able to hear it. Similarly, temperature inversions—where a layer of warm air rests on top of a bubble of cooler air—can also cause loud sounds to travel much farther than expected. An explosion at an English oil depot could be heard a surprising 200 mi (320 km) away in the Netherlands as the sound ricocheted off a layer of air. People who were much closer to the blast did not hear it, as the sound traveled over their heads, creating a “sound shadow.”